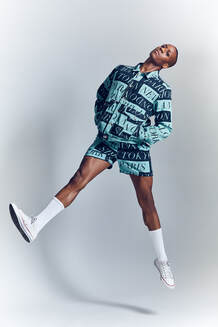 Ehizoje Azeke (Contemporary) "Zoje” is a movement based artist living and working in NYC. He is represented by McDonald Selznick Associates and Wilhelmina Models. Recording artist credits include Beyonce, Madonna, Kendrick Lamar, Rihanna, Nicki Minaj, Katy Perry, Jennifer Hudson.  Film Credits include: In The Heights, Bolden, Carry Me Home; Days After Your Departure and currently Tick Tick Boom with Lin Manuel Miranda.  Television credits include: Succession (HBO), Vinyl (HBO), The Get Down (Netflix), The Tonight Show with Jimmy Fallon (NBC), Tell Me a Story (CBS) Stage credits: include the Grammys, the MTV VMAS, and Victoria Secret Fashion Campaigns include: Nike, Adidas, Reebok, and Coach. He played Aire in the original cast of Queen of the Night at the Diamond Horseshoe in NYC.

Jermaine Browne: (Hip-Hop/Jazz/Funk) born in Georgetown, Guyana came to New York at the age of ten.  As an aspiring performer, he studied dance, acting and voice.  His exceptional talents were quickly recognized as he started working as a dancer in film, TV and theatre.  Jermaine appeared in a Blockbuster/Visa commercial with Cindy Crawford which led to doing commercial work with Derek Jeter on a Nike project.  He has appeared in commercials for the Gap, E-Trade, and American Eagle and has performed in music videos including J.Lo’s “Love Don’t Cost A Thing” and “Play”.  His film credits include Malcolm X, Strictly Business and appearances on Saturday Night Live.

Jermaine has created stage shows for artists such as Crystal Waters, Koffee Brown, Jaheem, Richard Lugo, Deborah Cox, Angie Martinez and Tamia.  He has staged shows for the MTV European Music Awards in Lisbon and the M6 Music Awards in Paris.  Jermaine is known for choreographing Christina Aguilera’s break-through video “Genie in A Bottle” as well as music videos for Angie Martinez, Tamar Braxton and Sunshine Anderson. http://www.jermainebrowne.com/ 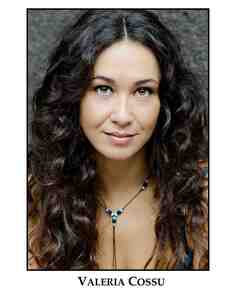 Valeria Cossu (Body Percussion) is a European artist and performer. Upon moving to NYC  she choreographed Ser o no Cer...Vantes, 2011 REvolución Latina Choreographers Festival, BOUNTIFUL, To Be Or Not To Be, and The Tempest.  As a director in NYC, Valeria has been invited to work in several festivals. She won Best Director for the musical Discovering Magenta, and the play Until Death Do Us Part was nominated for Best Play. Valeria joined Salgado Productions in 2011 and since she is been working alongside Luis Salgado as Associate Director/Choreographer in many productions such as Candela Fuerza y Pasión, Song of Solomon, Zuccotti Park,  In The Heights, Ragtime, Fame, Aida, Matilda, among others. 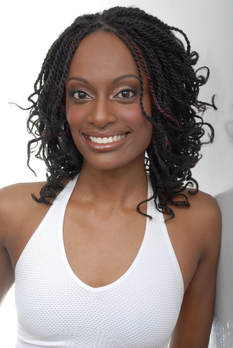 Karen Gayle (Modern) originally from Toronto, Karen began her formal training in the Claude Watson Arts Program. After moving to New York, she furthered her studies at the Alvin Ailey American Dance School. Karen has had the honor of performing the works of such choreographers as Earl Mosley, Ronald K. Brown and Tony winner Hinton Battle. Karen has taught at Ballet Hispanico, Joffrey Ballet School, The Ailey Extension, The School at Columbia University, Horace Mann, New Dance Group, and is currently a faculty member at Steps on Broadway, Marymount Manhattan College, Montclair State University and Joffrey Ballet School. She has had the opportunity to guest teach and choreograph across the U.S. and abroad, including Canada, Mexico, Bolivia, Italy, Cyprus, and Israel and recent commissions include: The Harvard Ballet Company,  Steps Repertory Ensemble, General Mischief Dance Theatre, The Boston Tea Party Opera, Steffi Nossen, Earl Haig High School and Montclair State University.  As artistic director of the xodus dance collective, her choreography has been showcased at such venues as: The Ailey Theatre, Riverside Theatre, American Dance Guild Festival, DUMBO Dance Festival, Movement Research at Judson Church, the Downtown Dance Festival, JPAC, Here Arts Center, The Queen Elizabeth Theatre in Toronto and the Inside/Out Festival at Jacob's Pillow. 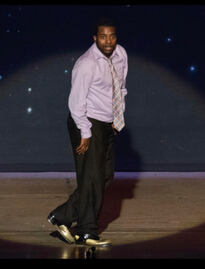 Corey Hutchins (Bdwy Tap) is a Native of Manchester CT and has been tap dancing for 27 years. Hutchins began his studies at The Betty Jane Turner School of Dance (Manchester CT) andThe Artist Collective (Hartford CT). He has studied with Derick K. Grant,  Lady Dianne Walker, The Late Harold "Stumpy" Cromer, and Clare O'Donnell (also from CT). He has workshopped with The late Gregory Hines, The Late Dr. Jimmy Slyde, Dr. Savion Glover , and more. He has been seen on stage at numerous Tap City Performances (New York City Tap Festival) 2001, 2002, 2003, and 2013. In 2004 Corey started  a 6 year run with "Riverdance the Show" where he performed on stages around the world which include Radio City Music Hall (NYC), Pantages Theatre (LA),  Numerous Fox Theatres around the U.S.,  And the Gaiety Theatre in Dublin Ireland. In 2010 Mr. Hutchins  was invited to Perform at The White House for The First Lady Michelle Obama and other Celebrity guests. Corey has been influenced a lot by Jazz musicians. He has performed with the Legend The Late Dave Brubeck , Donald Harrison Jr., The Late Jackie McLean, and The Curtis Brothers. In  2013 Corey Co-formed "Medusa" (A CT based live Jazz band). In February of this year Hutchins was casted as the soloist Tap dancer in The Apollo Theatre's Europe Tour of "James Brown- Get on the Good Foot, a Celebration in Dance." Hutchins Joined the Cast of "Soulwalk" (2015) and "Vibe" (2017) both are Original Tap Dance Shows (directed by Hillary Marie Atkinson)  Performed In New Jersey.   Corey Hutchins is the Founder and Artistic Director of CT Tap and the Connecticut Tap Intensive which makes its 5th annual run in October of 2022. He was recently seen at the North Hampton (MA) Jazz Fest where he was the leader of his Tap Percussive Quartet. 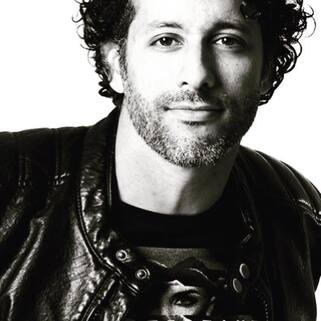 Luis Salgado (Musical Theatre) is an international director, choreographer and educator from Puerto Rico that has fallen in love with the magic and power of telling stories onstage. Most recently Luis directed Matilda,The Musical, a bilingual version of FAME, the Musical that was translated and developed by Salgado Productions that  won the 2020 Helen Hayes award for Outstanding Musical. Virtually Luis served as associate director and co-choreographer for the virtual concert Viva Broadway, Hear Our Voices. He was the Assistant Latin Choreographer of In the Heights on Broadway, which won four Tony Awards.  In 2019 Luis worked as the associate director/choreographer of Cirque du Soleil's Paramour in Hamburg Germany. Among the productions he has directed/choreographed in the United States and abroad are  the Holland Production of On Your Feet, RAGTIME, TO BE OR NOT TO BE... a Shakespearean Experience, AIDA, Amigo Duende the Musical, In The Heights, Bountiful, Zuccotti Park, Song of Solomon, Speed the Plow, The Tempest and Upfront events for  TELEMUNDO.

In 2017 Luis directed and choreographed the U.S premiere of the Spanish version of In The Heights at GALA Theatre in Washington D.C which received nine 2018 Helen Hayes Awards including Best Musical, Best Direction and Best Choreography. He has appeared on Broadway in Women on the Verge of a Nervous Breakdown, ROCKY, In The Heights, On Your Feet, as well as Off-Broadway shows and Broadway tryouts ‘The Mambo Kings (Frankie Suarez), Fame on 42nd Street (Joe Vegas, understudy) and Aida, among others. Film credits include: "American Gangster"; "Dirty Dancing 2, Havana Nights”, the television remake of "Dirty Dancing”, "Enchanted" and "Step Up 2, The Streets" (Alejandro), for which he also was assistant choreographer.  Luis’ personal mission as an artist and a leader is to empower society through the arts to create change. 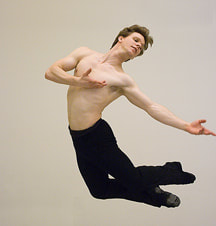 Daniel Ulbricht (Ballet) was born in St. Petersburg, Florida, and began his dance training at the age of 11.  At age 16, Mr. Ulbricht was invited by the School of American Ballet (SAB), the official school of New York City Ballet, to continue his training. In 2000, he became an apprentice with New York City Ballet and in 2001 he joined the Company as a member of the corps de ballet. In 2005, Mr. Ulbricht was promoted to the rank of soloist and principal dancer in 2007. He has danced featured roles in a number of Balanchine, Robbins, Martins, and Wheeldon ballets including George Balanchine’s Prodigal Son, Tarantella, Stars and Stripes, A Midsummer Night’s Dream, Mozartiana, The Nutcracker, Symphony in 3, The Steadfast Tin Soldier: Jerome Robbins’s Fancy Free, Interplay, Four Seasons, A Suite of Dances; and Peter Martins’s Jeu de Cartes, Hallelujah Junction, Eight More, Swan Lake, Sleeping Beauty, Romeo + Juliet among many others.  Mr. Ulbricht has also danced Tarantella at the 2004 Kennedy Center Honors to celebrate the Balanchine Centenary. Mr. Ulbricht is a guest teacher at the School of American Ballet, Ballet Academy East, as well as, teaching at a number of well-known national dance schools, private schools, and universities throughout the US.  Mr. Ulbricht is currently the Artistic Advisor of Manhattan Youth Ballet and is  the Artistic Director of New York State Summer School for the Arts in Saratoga Springs, NY.  Mr. Ulbricht is founder and director of “Stars of American Ballet”, a touring group focusing on high art, education and outreach.  Mr. Ulbricht is the co-founder and producer of “Dance Against Cancer”, an annual benefit for the American Cancer Society and is on the board of the National Dance Institute. Danielulbricht.com | starsofamericanballet.com
Important Note: Faculty is subject to change